In summer/fall 2014, Moritz’s work was featured on New Books in Poetry. Her poems have appeared recently in Aufgabe, DUSIE, La Vague Journal, Newfound, Touch the Donkey, and VOLT.  Rachel received her MFA from the University of Minnesota and lives in Minneapolis with her partner and son.

A chapbook of poems, How Absence, was published in spring 2015 by MIEL. Grant Tarbard reviews it on Sabotage Reviews here, writing that “This collection is full of love, a blooming dahlia of arms that quietly embraces you: at times a discussion between the poet and the invisible, at times a thriller. The first time I read it was at night, and it reminded me a little of Cormac Mccarthy’s The Road, in that you feel for mother and child and have a sense of unease about their well being. When the air goes out of Moritz’s child you yourself deflate, then breathe with the rise and fall of Moritz’s words, the beautifully crafted heartache of a vessel emptied and refilled”. 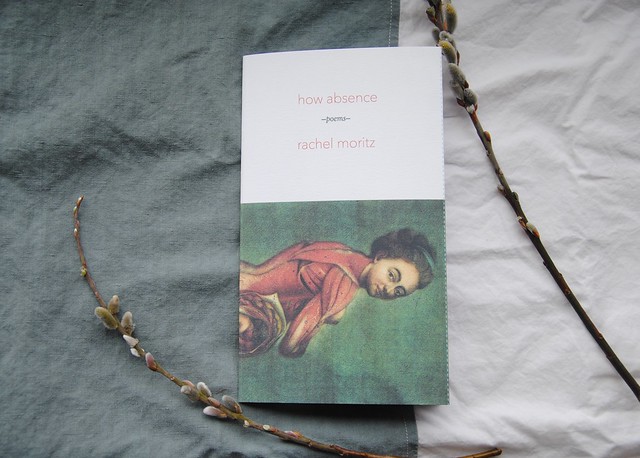